The Reign of Visual Marketing 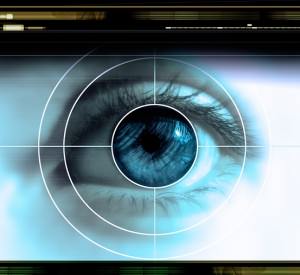 Why Marketers Should Rejoice in the Growth of Visual Social Media

Ekaterina Walter has written an excellent piece about how social media has come to be dominated by images. I would advise anyone to check it out.

Walters’s piece tells us a convincing story about how visuals became dominant in the marketing landscape. However, it approaches this development from a consumer-centric perspective. Walter doesn’t spend much time addressing the question of how marketers should feel about the dominance of visual marketing.

That’s where this piece comes in. There has been a lot of exciting scientific research exploring how humans process visuals. Taken together, this research suggests that marketers need to embrace visual marketing because images communicate information to the human brain in a way that the written word can’t hope to replicate.

The Rise of Visual Communication in Social Media

Intuitively, we all know this change has taken place. It’s one that at least a few sages in the publishing industry foretold long before it arrived. As early as 1995, Charles Brumback, the chairman of the Newspaper Association of America, presciently said that “as newspaper penetration falls … the culture itself moves from textual to visual literacy.”

Walters identifies two reasons why visual marketing is now so dominant. First, she argues that the rise of the smartphone has irrevocably altered the way that technology users engage with and manufacture content. Smartphone users discovered, early on, that it was easier to record a noteworthy (or not so noteworthy) event using their high-resolution phones than it was to undertake the laborious task of typing a status or a tweet describing the same event.

Second, she argues that visuals help us become more efficient and more discriminating consumers of information. Prior to the ubiquity of images, technology users had to delve deeply into written content to discover if it would be useful or applicable to them. Walters quotes Detavio Samuals, the EVP and Director of Client Services at GlobalHue, as saying that “The need for publishers to get to the point quicker than ever came about as humans became more pressed for time and content became more infinite. For publishers, it was evolve or risk losing their audience, and the only thing shorter than a tweet or post is a picture.”

In Walter’s narrative, visual marketing has become the dominant tool for communicating because it addresses consumers’ needs.

But how should marketers feel about this development? Didn’t we just become used to the orthodoxy that “content is king” and all subscribe to the premise that masses of informative, educational text is the key to engaging with consumers? We did. But consumers have figured out that visuals are not simply a convenient way of communicating—they are a better way. And this is why marketers should delight in the opportunity to incorporate images and visuals into their communications.

Most of us know that the majority of the communication humans engage in is nonverbal. According to the Psychologist Algert Mehrabian, the precise amount of nonverbal communication we engage in is 93 percent. Mehrabian’s research suggests strongly that it is our eyes that ingest information, rather than our ears.

But Mehrabian’s research doesn’t help us determine whether words or images are easier for humans to process. Fortunately, research from 3M Corporation has answered just this question. 3M has unequivocally determined that our brains can more successfully interpret images than assimilate text. According to 3M, humans process visuals 60,000 times more quickly than they process text.

Subsequent studies have demonstrated that we can process images more quickly because our brains decode the elements that make up an image simultaneously, while we decode language in discrete, sequential chunks. It should come as no surprise that the former method of decoding information is less cumbersome and more efficient than the latter.

Our species’ preference for images stems from the fact that, for almost the entirety of our existence, images have been our chief way of ingesting information. Psychologists have found that, humans, when asked to compare images, exhibit a marked preference for images involving open landscapes; human subjects almost universally describe themselves as contented and less anxious when they look at open plains and grasslands. Researchers suspect that this response represents a kind of primordial conditioning our ancestors underwent during their time wandering the African savannahs.

Lynell Burmark, a Ph.D. Associate at the Thornburg Center for Professional Development argues that, because our species has long had a preference for image-based communication, we are better able to process and retain it. He says that “words are processed by our short-term memory where we can only retain about 7 bits of information (plus or minus 2)…Images, on the other hand, go directly into long-term memory where they are indelibly etched.”

Consumers have made their choice: they want information conveyed to them through images. This choice isn’t something that marketers need to follow grudgingly or out of an impulse (however sensible it may be) to cater to the tastes of customers. Instead, marketers should treat visual marketing as an opportunity.

The turn towards visual marketing is one that marketers should embrace. By using images, we can more easily get our messages across to consumers and we can more be more confident that they will understand them.