The Psychology of Online Video Marketing 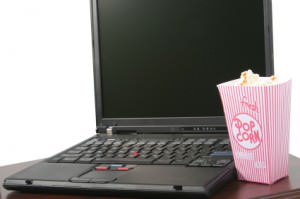 This is not a piece chronicling the growth of online video marketing. Enough ink has been spilled on that subject already. Instead, this piece will explore the “Why” question implicit in any discussion about online video: Why can’t consumers turn away from the lambent glow of their laptop screens when they find themselves confronted with YoutTube’s homepage?

First, some context: for those of you sensible enough to ignore the daily jabberings of the digital marketing community and who, consequently, are unaware that online video is an essential marketing tool, here are some illustrative stats:

As the statistics above make plain, online video is popular—very popular.  But, you may be asking, “Why is it so popular?”  For tentative answers to that question, we need to venture into the inhospitable and foreboding realms of behavior science and social psychology.

Here are several explanations—grounded in an understanding of how the human brain works—of why online video marketing is the trend of the moment.

Nothing More than Storytelling

Before the written word and before human began to codify and distribute knowledge through text, humans imparted information to one another by speaking to each other.  We interacted face-to-face.  Our traditional reliance on oral communication disposes us to listen to other speakers when they are addressing us.  This trait partially accounts for our collective fondness for online video.  Often, an online video consists of little more than other humans speaking to us.  And our species is absolutely okay with that; it reminds us of the days when shamans regaled us with impossible stories while we chewed on barbecued mammoth.

According to Dr. Gerald Cizadlo, a biology professor at the College of St. Scholastica, the spoken word affects us in ways that other modes of communication can’t hope to replicate.  We are able to absorb verbal communication with relative ease and are better able to understand the information being relayed to us.

Cizadlo says, “We have learned for thousands of years by listening to explanations by someone who is more knowledgeable. Our non-verbal clues that are embedded in our voices add tremendously to the impact of the ideas.”

Cizadlo is suggesting that our preference for verbal communication has as much to do with the fact that we easily understand it as it does with our instinctual preferences.

Marketers have known for a long time that purchasing decisions are driven largely by emotions.  We may pride ourselves on our lauded rationality and think our decisions are the products of reasoned calculation but they are, for the most part, sprung from transient sentiments.

Moreover, humans delight in the primitive thrills that come from jolts of emotion.  Anyone who has ever attended a sporting event or watched a political debate intuitively grasps this point.

Recent research suggests that online video is better at activating emotions than other modes of communication.  For this reason, we both enjoy it more and are more impacted by it.  Dan Ariely, a neuroscientist and behavior economist, concluded in a series of tests that “the emotional carryover from the video and writing exercise markedly altered their behavior on the unrelated money decision compared to when there was an absence of emotional stimulus.”

Marketers need to appreciate this finding, even if it is described in the impenetrable terms of the scientific academy.  What Ariely means is that video lingers in our consciousness and has an impact on our purchasing behavior long after we view it.  Ultimately, Ariely’s findings suggest that we both gain and retain more from video than from other modes of communication.

Video is easier for humans to “read” and understand than text.  It appeals to our instinctual preference for stories and can prompt the sorts of emotional responses that stick with us—and that we enjoy.  But videos, being an inherently visual medium, get their point across more easily than text and can make differences seem appear more stark than they really are.  The human brain, yearning for convenience and ease of interpretation, prefers them as a result.

That was a somewhat murky way of introducing the following: videos allow us to more easily identify contrasts and similarities. They help us to order the barrage of stimuli we regularly encounter and need to parse.

Marketers have long understood this and used it to great effect. Mac’s “I’m a Mac” ads, for instance relied on this premise.  The Mac ads presented the Mac as unaffectedly cool and its PC antagonist as incurably uncool and hopelessly outmatched.  In none of the “I’m a Mac” ads did the advertisements state the contrast they were making.  Visual and linguistic cues gave viewers information that they could easily interpret; we all understood the contrast being drawn between Mac and PC.

Videos excel at drawing contrasts and quickly illustrating a point.  That makes them both uniquely effective marketing tools and uniquely enjoyable ones for those viewing them.

E.B. White’s and William Strunk Jr.’s The Elements of Style is about writing but one of the author’s main arguments is applicable to this discussion about online video.  The authors wrote that “although there is no substitute for merit in writing, clarity comes closest to being one. Even to a writer who is being intentionally obscure or wild of tongue we can say, ‘Be obscure clearly! Be wild of tongue in a way we can understand!’  Even to writers of market letters, telling us (but not telling us) which securities are promising, we can say, ‘Be cagey plainly! Be elliptical in a straightforward fashion!’”  What Strunk and White were doing was elevating clarity to the status of a moral imperative.  But text, try as it might, can’t hope to be as clear and comprehensible as video.  Really, the best way to meet Strunk and White’s insistence on clarity is to abandon text and embrace online video.

To learn more about how online video marketing can benefit your business, or to request a quote for a video project, call us at (972) 436-9500.